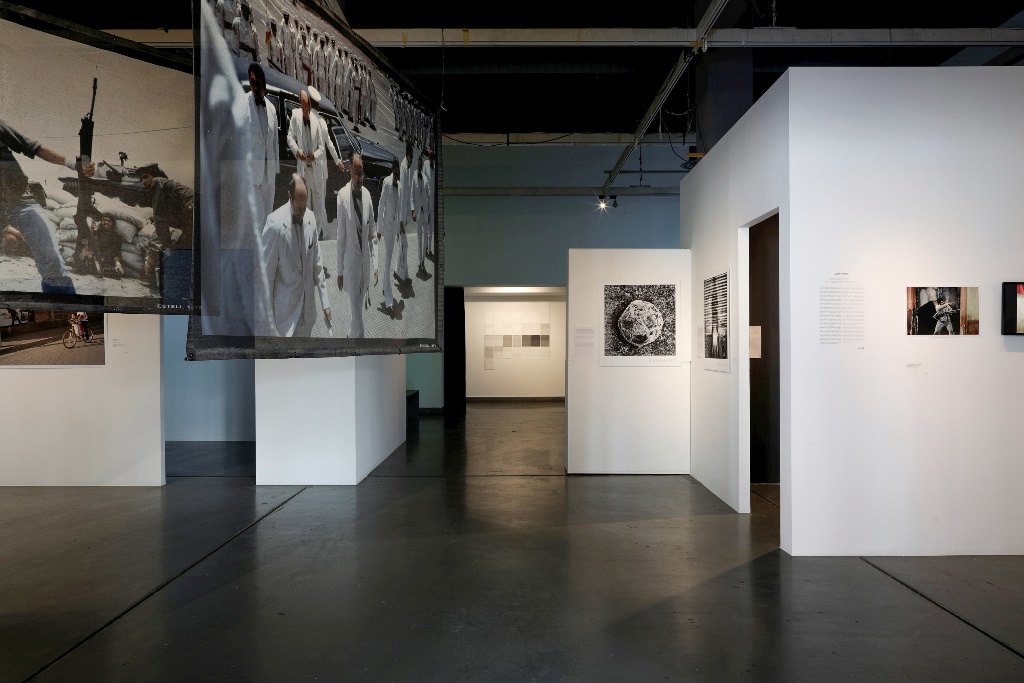 The Thessaloniki Photobiennale 2018 in collaboration with the National Theatre of Northern Greece presents a series of theatrical events prompted by certain exhibitions presented in the context of the festival.

A theatrical event prompted by Susan Meiselas’ work “Reframing History”. The staggering story of a soldier returning from the warfront physically and psychologically wounded.

A theatrical event based on Paula Luttringer’s work “Τhe Wailing of the Walls” featuring monologues and accounts by women in detention in Argentina.

Based on excerpts from the play Parade by Loula Anagnostaki and directed by Giannis Rigas
Performing: Vassilis Papadopoulos and Katerina Plexida

A theatrical event on the occasion of the exhibition Beyond the event featuring photographs by Yiannis Stylianou and George Georgiou.

Your ticket for the: Theater meets photography at the Thessaloniki PhotoBiennale 2018