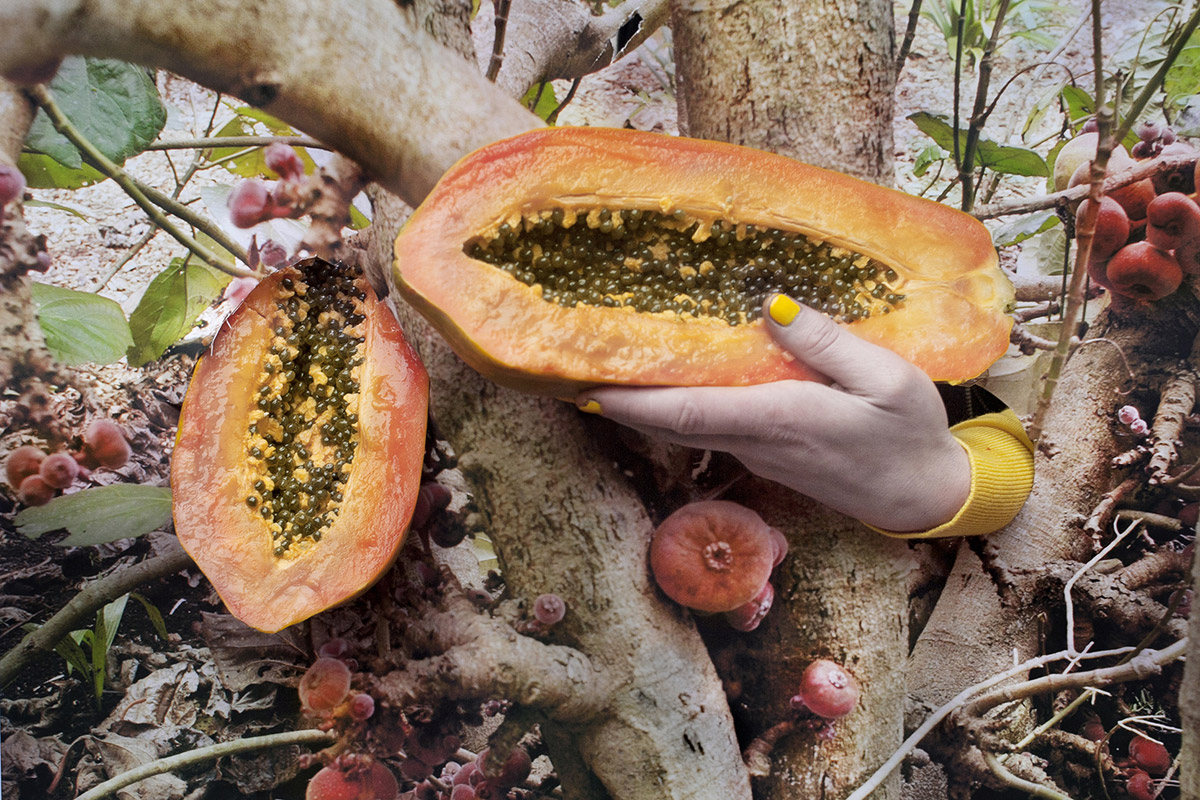 Vanja Bučan (1973) is an internationally renowned Slovenian photographer, who lives and works in Berlin, Germany. She graduated from the Royal Academy of Fine Arts, The Hague, from the department of documentary photography. However, she distanced herself from the straight documentary genre after her studies, and focused on staged photography instead. Before becoming a professional photographer, she studied sociology at the Faculty of Social Sciences in Ljubljana, and actively took part in environmental activism, which is evident in her artistic oeuvre. She views photography as an open medium, a realm, where she can freely express her views and critique of society.

In her signature artistic style, she alters her own photographs and places them in staged compositions, in order to achieve deconstructed and multifaceted realities that generate a visually rich expression. The relationship between humans and the environment is at the forefront of her imagery.

Among others, she won photo prizes, such as, Lens Culture Exposure Award, Renaissance Photography Prize , was a finalist of Leica Oscar Barnack Award in 2018 and a nominee for the 2019 Prix Pictet. In 2019, Lishui Photo Festival in China presented her with the Photographic Excellency Award.

In the series Sequences of Truth and Deception (2015–2019) the author explores, as per her outlook on the subject, our ambivalent relationship to nature ruled by domination, exploration, and, paradoxically, its idealization. In the anonymous portraits and still lifes, Bučan strives to create a complex and deconstructed vision of nature. The photographs in the series appear as playful sketches of our conditional and “exotic” love of nature. In contradiction to the incessant pollution inflicted by the contemporary way of life on our planet, many people still demonstrate various actions of minimal concern for the environment (i.e. planting trees, recycling, caring for endangered species, etc.), which only insignificantly affect our dire environmental reality. This series demonstrates this duality between our domination over nature and, on the other hand, our romanticization of it. You could view Sequences of Truth and Deception as the author’s allegory of anthropocentrism, where it is difficult to discern whether the photographs depict love or domination. The series successfully introduces Bučan’s concept of “imaginary personal ecologies” through abstraction and various metaphors, where human presence is suggested only through isolated body parts, which in ambivalent settings enact various conceptual “situations”.

Your ticket for the: Sequences of Truth and Deception | Vanja Bučan (SL)