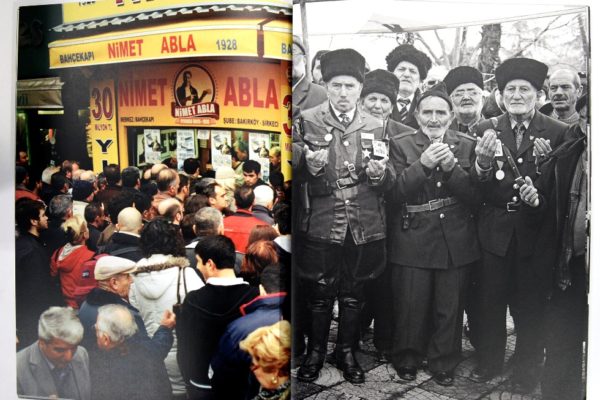 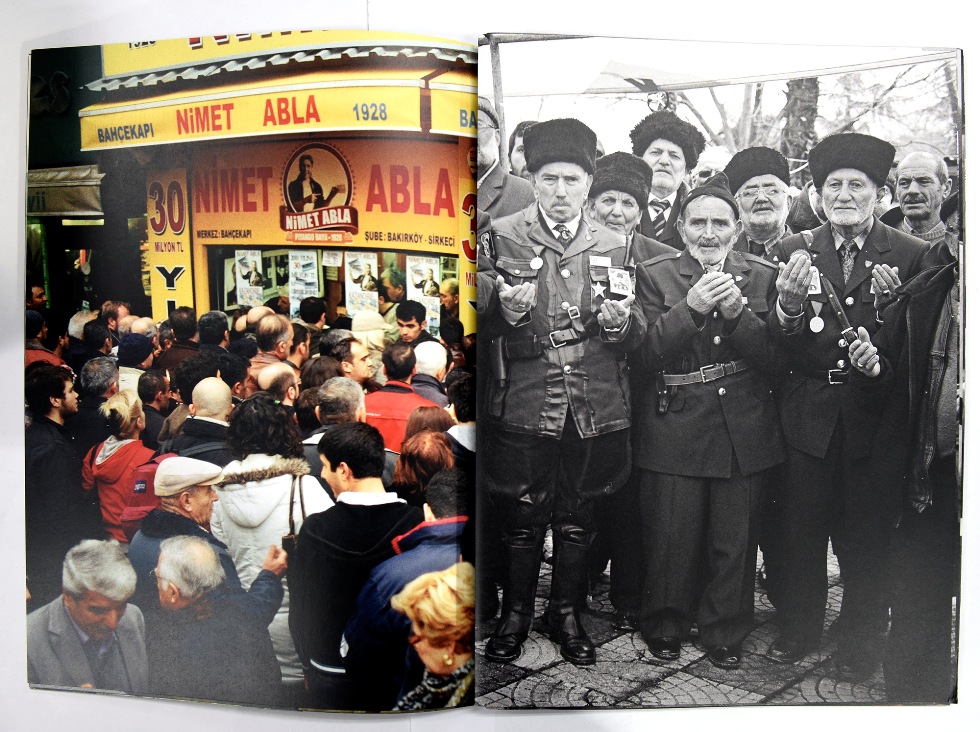 “Iron Earth Copper Sky” is a Turkish idiom referring to a situation where any possibility to get help and hope has ended. At the same time, it is the title of the second volume in the acclaimed The Wind from the Plain trilogy by Yasar Kemal, one of Turkey’s greatest novelists. Written with deep compassion and lyrical beauty, this novel is an acute observation of the human nature of Anatolian people. The story of the book revolves around a closed community, outside the capitalist market system, which has become desperate. Over the course of time, it creates its own legends and heroes, only to destroy them later.

Drawing inspiration from the eponymous novel, the photobook exhibition Iron Earth Copper Sky is showing a selection of photobooks from and on Turkey. The works included comprise contemporary photobooks from Turkey, published or self-published, limited edition photobooks produced during FUAM workshops as well as photobooks on Turkey by photographers from different countries. The works carry political aspects, social backgrounds, historical references or personal approaches towards situations about something or some place in Turkey. They all have different backgrounds and tell different stories, ranging from gentriﬁcation and urban transformation to social and political transformation, from the life of outsiders in the urban context to local stories in rural areas.

The exhibition aims to widen the perspective on stories from Anatolia in order to provide another aspect of contemporary Turkey, through the use of the new phenomenal form of contemporary photography called “photobook”. Photobooks constitute a more permanent and portable medium than that of the exhibition due to the fact that the photograph, rather than being a single piece on the wall of a museum, is now more oriented towards the book form. Being physical objects, photobooks have risen to a prominent position, facilitating the curatorship, transportation and distribution of a work. Additionally, photobooks, which have emerged through the efforts of artists always in search of a different artistic language, are on the brink of creating a new form of communication between different cultures.

FUAM (Photography Research & Applications Centre) was founded in 2015 within the Mimar Sinan Fine Arts University in Istanbul as a response to the “photobook” phenomenon, which leads the way in terms of production and sharing modes in the art world. It aims to support the artists working with the medium of contemporary photobooks. As part of the project, FUAM has organised nine photobook workshops under the guidance of internationally recognised photobook experts, for which it has received applications from 500 people from 30 different countries. During these workshops, FUAM has supported the production of 90 dummy books as well as the limited edition of 20 copies for each of the first 40 dummy books. Within the scope of the project, since 2016 FUAM has also initiated the first and only Photobook Festival of Turkey: Istanbul Photobook Festival. The aim is to support photobook production through the creation of a new discussion and production network as well as an open space for new perspectives and questions on the representation of photographic works in book form.

Volkan Kiziltunc is a Turkish artist working in-between still and moving image. He has studied archaeology and photography, and is now an academic at the photography department of the Mimar Sinan Fine Arts University. He was the co-founder of a non-profit artist-run space which operated from 2015 to 2017, while recently he has founded the NOKS Independent Art Space which focuses on photography, photobooks and video projects. He is a member of FUAM (Photography Research & Applications Centre) and the coordinator of the Istanbul Photobook Festival. His academic research focuses on conceptual documentary, new objectivity and deadpan photography, while his work focuses on time, reconstruction, transformation, observation, memory, typologies and voyeurism.

Your ticket for the: Iron earth copper sky – Photobooks from Turkey, Photobooks on Turkey