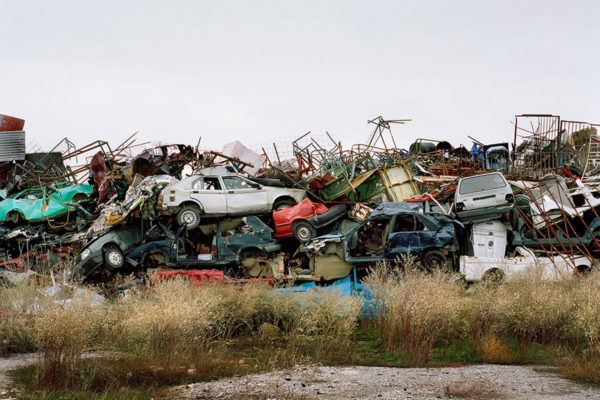 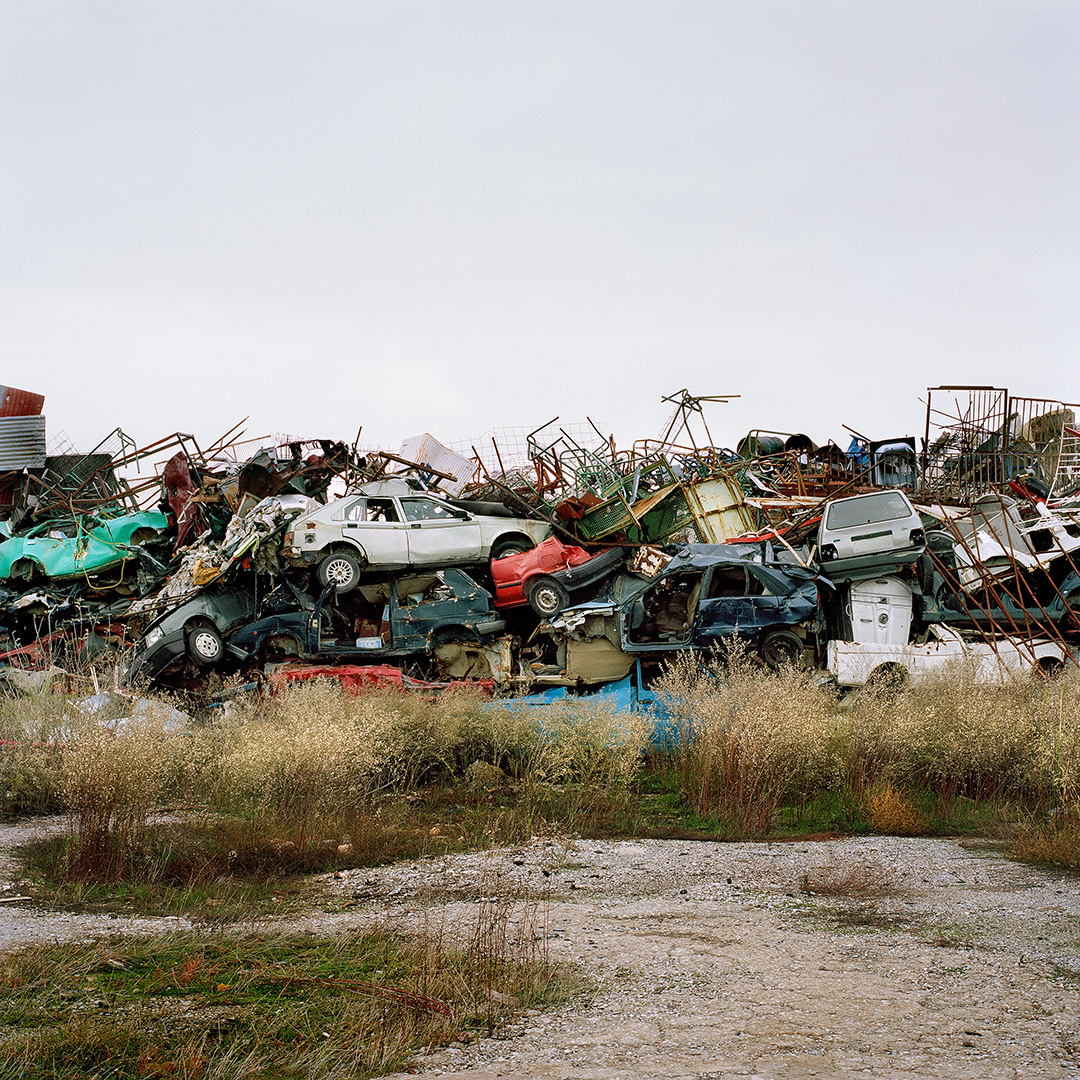 The perimeter around Thessaloniki patrolled by Pantelidis constitutes an open pool where man registers traces, establishes activities, corrupts forms, exiles excesses or wastes. There he comes across saltworks and photovoltaic parks, anonymous graves and junk yards, shopping malls and petrol tanks, greenhouses and makeshift landfills, in a few words whatever the city vomits where its lining becomes frayed. In his wanderings, he locates paths engraved but seemingly unwalked, forms enigmatically balancing between the vague and the specific, the random and the intentional. Pantelidis reverently obeys the rules of non-involvement that an urbanite inherently brings to nature, and reads every ephemeral sign of the landscape as an open text, like the clothes hanging from an almost invisible wire or the humble bouquet perched on a fence pole. And he walks for hours and hours seeking nothing personal. However, when nothing seems personal, such can everything potentially become.

The nature to which he is guiding us struggles against an aging civilisation which grew old ignoring the precious meaning of symbiosis. Departure from nature began, with excess arrogance, at the beginnings of modernity. Perhaps this is why Malcolm Andrews, besides foretelling the thoughtless instrumentalisation of nature, estimates that western landscape art has also been, historically, acting as a register of how humanity became alienated from its initial place in a, now definitely lost, pre-capitalist world*. The suburban zone accumulated many great compromises and buried deep wounds with visible scars, while continuous human advancing suggested that everything can perpetually expand, that there will always be free space to abuse, a shelter to hide. The idea of the contemporary man almost fallen from two previously idealised worlds, natural and technological, is discreetly present in Pantelidis’ work. And the landscape emerges not as attraction, a final destination, a vivid formulation of form and color, but as a question mark, poetically existential. As such, it crucially embodies the divergence between the elliptical circularity of the natural and the crooked linearity of the cultural, especially in its messy Greek version. And the photographs, as they very well know how to do, reveal plenty, suggest even more, while leaving everything almost intact, as a sort of unfinished business.

Your ticket for the: Nothing personal | Yiannis Pantelidis (GR)