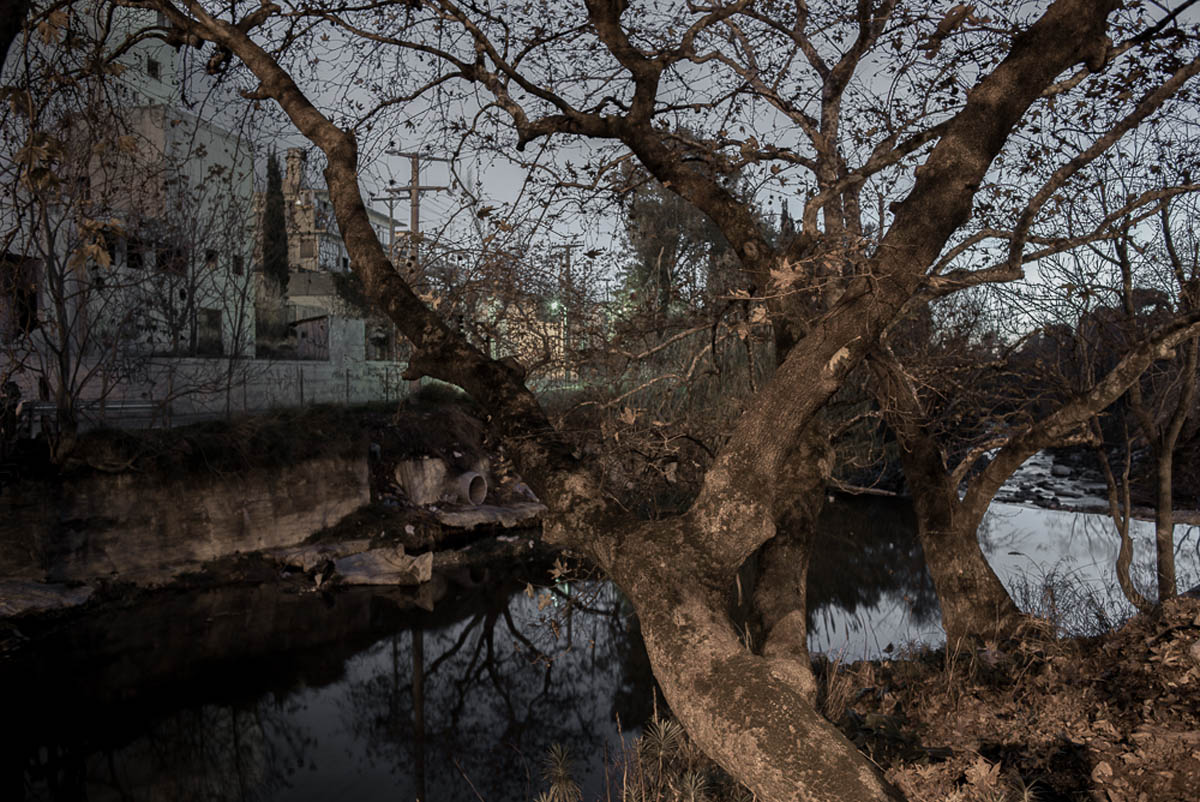 Architect and photographer, born in Istanbul, lives and works in Athens. She studied architecture at the Aristotle University of Thessaloniki, attended workshops on Photography, including a two-year theoretical class at the Fine Arts School of Athens. She is working on long-term photographic projects examining mainly environmental, social, and urban issues.

Her photography works have been selected and presented in Greek and International Festivals such as AFI at Varese Italy 2019, Photometria at Ioannina Greece in 2015 & 2018, and Encontros Da Imagem, Braga Portugal in 2017 where her work 'Dark Tree' was finalist project of the Discovery Awards. She has also participated in several solo and group exhibitions, while her works have been included in print and digital editions.

Eleonas, located at the west of the Municipality of Athens derives its name from its ancient use as a place of cultivation of the olive tree sacred to the Athenians. After the founding of the new Greek state, it began to host craft and industrial uses mainly along Kifissos (soap factories, olive mills, tanneries, brick factories, lime kilns), along with orchards.The modern city needs a backyard, where it stores and processes raw materials. After the war and until the 90's and while the city was expanding aggressively, many units were moved further away, adding to the mutation of the area a sense of abandonment. Today, the physiognomy of Eleonas is shaped by industries, storage areas, ruined buildings, landfills, along with sporadic habitats that are adorned with flowering elm trees.

Rea Papadopoulou in the Dark Tree series explores the area at night, with a sharpened architectural look, sensing the suggestive dim lights of the municipal lighting and the perimeter security floodlights, which create unexpected foci of attention and abysmal gaps.The dim lighting and the film of dust that spreads everywhere paint almost everything in earthy tones: unguarded yards, Doric buildings, deserted outposts. Almost every photo contains wild flora (often evergreens, trees-weeds of disturbed soils according to the photographer), bushes, clusters of trees that cast shadows on fences and yaps or crown the image with their branches, along with the halo of the city.Sometimes the flora rages, claiming vital space where human activity recedes, proposing subtle curvature versus anthropogenic rigid straightness. Imitations of ancient statues, stacks of materials, conduits and streams –over which adventurous branches float– emerge from the shadow light. Papadopoulou highlights enigmatic as well as complex landscapes, carefree and anarchic, the fluid geometries of which recall a desolate film scene, in a hiding place of the historical with the modern, the functional with the abandoned, the natural with the constructed.And she listens to Eleonas as it oscillates awkwardly between an ancient olive grove and a post-industrial garbage dump, the target of fancy commercial redevelopment plans and a magical place whose multifaceted stories are told at night by the rustling of leaves,and are stored by the sturdy stature of every dark tree.

Your ticket for the: Dark Tree | Rea Papadopoulou (GR)