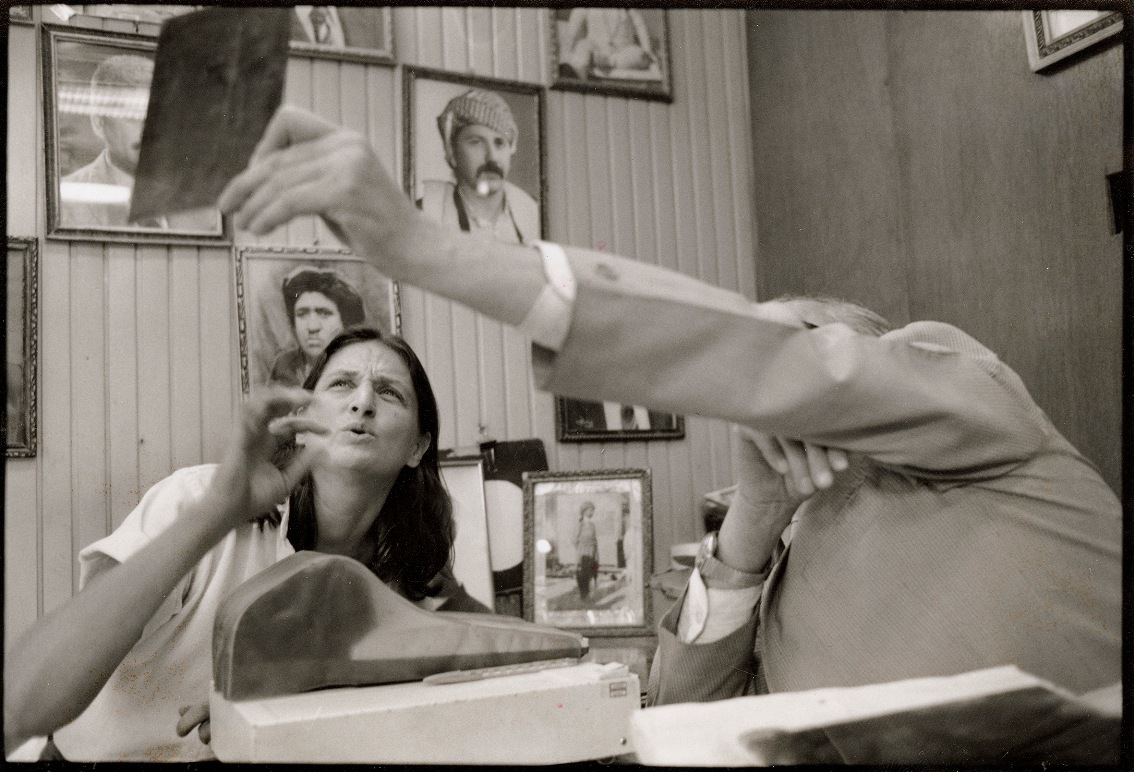 On the occasion of the closing of Thessaloniki’s PhotoBiennale 2018 main exhibition “Capitalist Realism”, the famous American photographer Susan Meiselas will deliver a lecture on her photographic project depicting the history of the Kurdish people on Wednesday 10 April 2019, 19:30, at the MOMus-Thessaloniki Museum of Photography.
In the 1990s, Meiselas brought together, through a six-year effort, a body of historical, archival and contemporary photographs, which formed the basis of the book Kurdistan, in the Shadow of History (1997). This work, which will be the subject of her speech in Thessaloniki, was the first attempt to record the history of Kurdistan over the last hundred years. In this groundbreaking work, accompanied by an innovative website, Meiselas used photography not just as a way of illustrating history but as a tool of historiography and collective memory.
Meiselas is also known for her longstanding involvement with the Nicaraguan Revolution, with photographic works and videos of which she participated in the exhibition Capitalist Realism / Past Continuous.
The lecture will be held in English, with simultaneous translation in Greek, while admission is free to the public.

Bio
Susan Meiselas, born in Baltimore, Maryland in 1948, received her BA from Sarah Lawrence College and her MA in visual education from Harvard University. Her first major photographic essay focused on the lives of women doing striptease at New England country fairs, who she photographed during three consecutive summers while teaching photography in New York public schools. Carnival Strippers was originally published in 1976 and a selection was installed at the Whitney Museum of Art in June 2000.
Meiselas joined Magnum Photos in 1976 and has worked as a freelance photographer since then. She is best known for her coverage of the insurrection in Nicaragua and her extensive documentation of human rights issues in Latin America. She published her second monograph, Nicaragua, June 1978–July 1979, in 1981.
Meiselas has had one-woman exhibitions in Paris, Madrid, Amsterdam, London, Los Angeles, Chicago, and New York, and her work is included in collections around the world. She has received the Robert Capa Gold Medal for her work in Nicaragua (1979); the Leica Award for Excellence (1982); the Engelhard Award from the Institute of Contemporary Art (1985); the Hasselblad Foundation Photography prize (1994); the Cornell Capa Infinity Award (2005); the Harvard Arts Medal (2011) and most recently was awarded a Guggenheim Fellowship (2015). In 1992, she was named a MacArthur Fellow. Meiselas has served as President of the Magnum Foundation since its founding in 2007. Mediations, a survey exhibition of her work from the 1970s to present was recently exhibited at the Fundació Antoni Tàpies, Jeu de Paume, and the San Francisco Museum of Modern Art.

Your ticket for the: Closing event Thessaloniki PhotoBiennale 2018: Lecture by Susan Meiselas